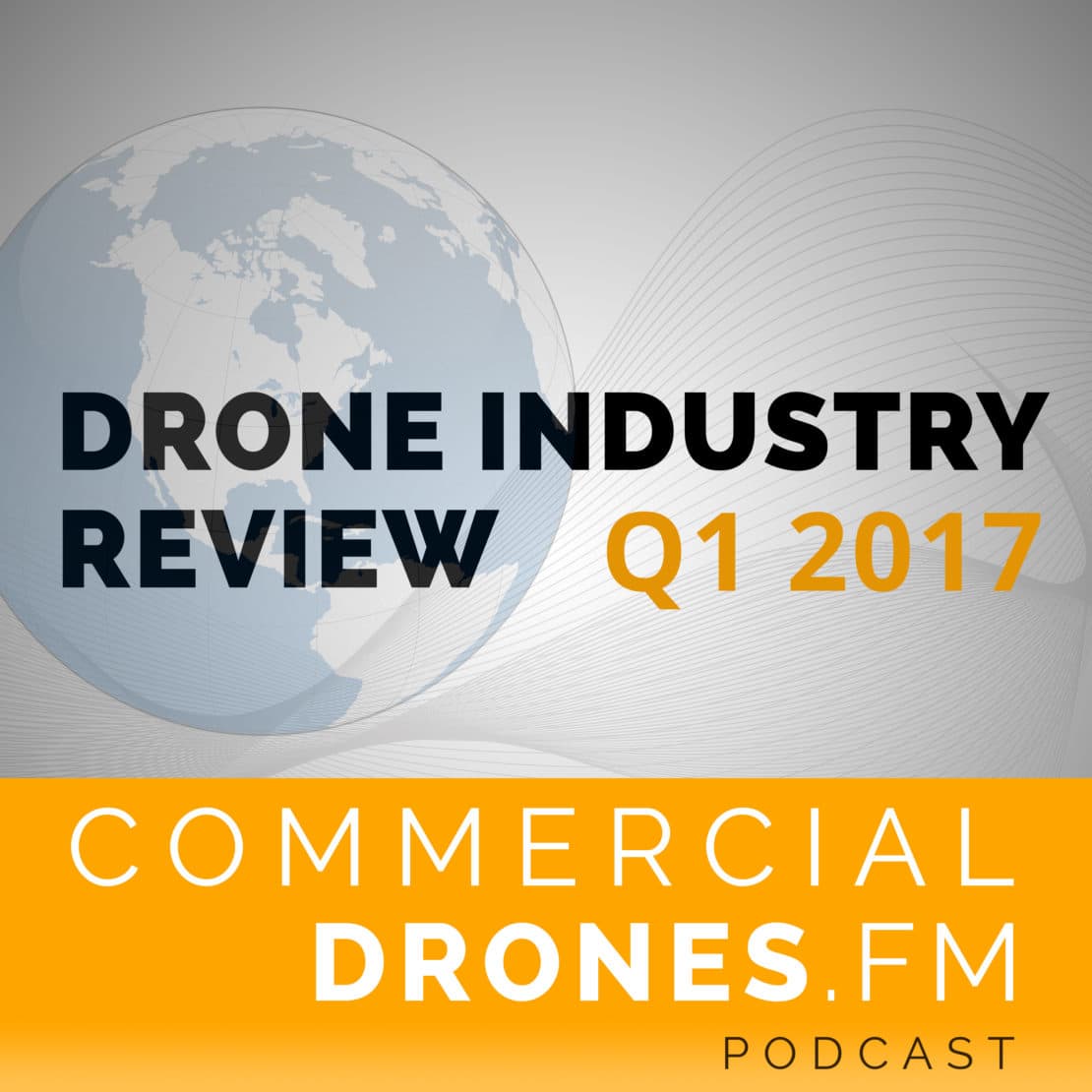 Drone Industry Review is a special podcast series brought to you by Commercial Drones FM. It briefs listeners on the most important and newsworthy happenings from the previous quarter in the drone industry. Covered topics include drone hardware, software, regulations, funding, M&A, delivery drones, and how drones affected various industries in that quarter. The inaugural episode begins with the Drone Industry Review of Q1 2017.

So nearly all of these 6 previously mentioned industries have comprehensive reports that you can get yourself from Commercial UAV News. I, personally, was able to contribute insight to their construction industry report

I hope you enjoyed this Drone Industry Review. We’ll release the next one in July, 2017.

If you want to support the podcast, head to patreon.com/dronespodcast and see how just $1/month can keep this show going and get you access to the exclusive Commercial Drones FM supporters-only slack group. Hope to see you there!