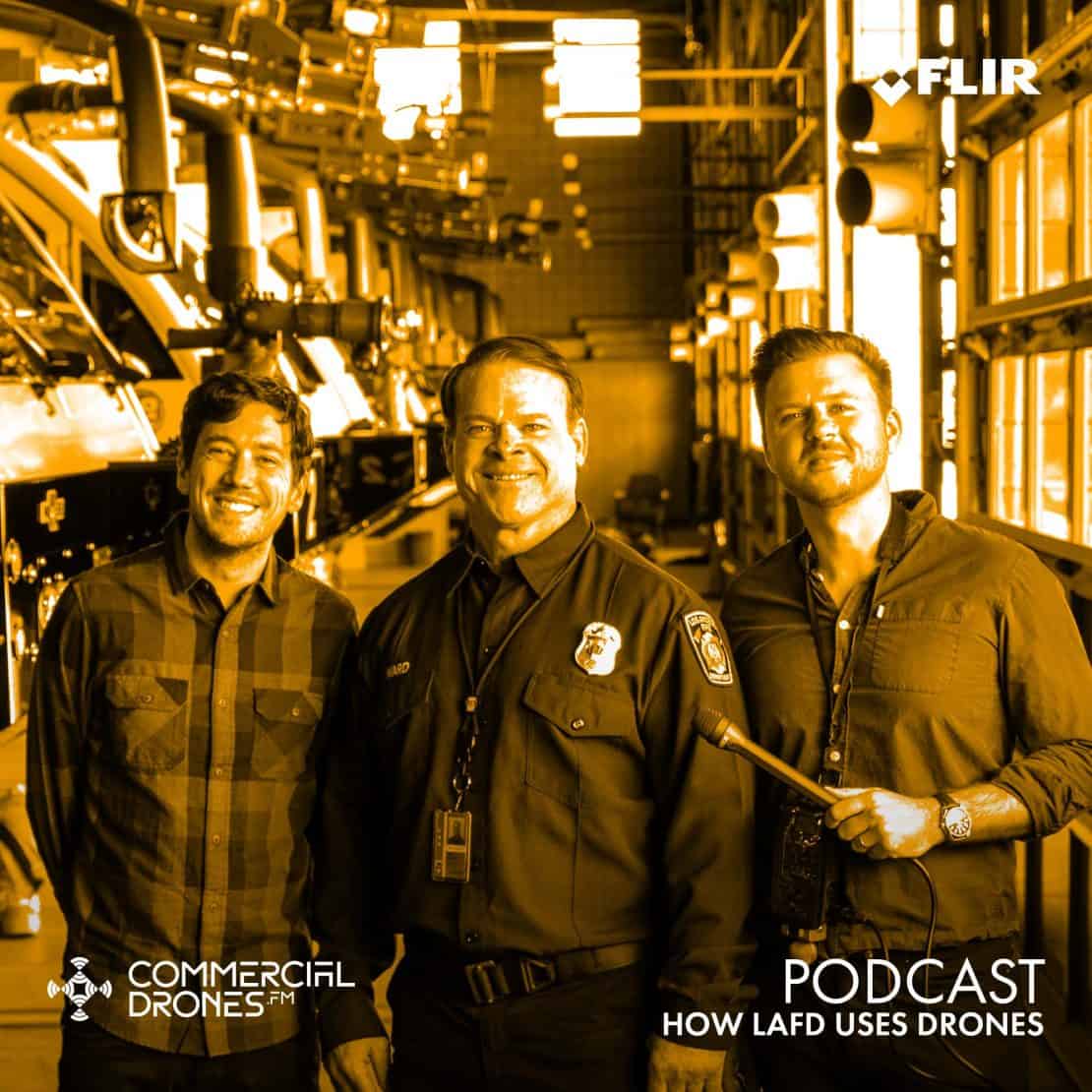 LAFD is one of the largest fire departments in the world. Derrick Ward, a firefighter with 30 years of experience, is spearheading the use of drones as Lead UAS Pilot at LAFD.

As Derrick reveals, there are many ways to use drones in fighting fires and on search and rescue missions. But the way to truly supercharge them is by sticking thermal cameras on them. Enter FLIR: the world leader in thermal imaging technology.

Ian Smith, along with Randall Warnas, Global sUAS Segment Leader at FLIR, travel to LAFD Station 80s at LAX to discover how Derrick Ward and his team are using drones and thermal cameras to help save lives. 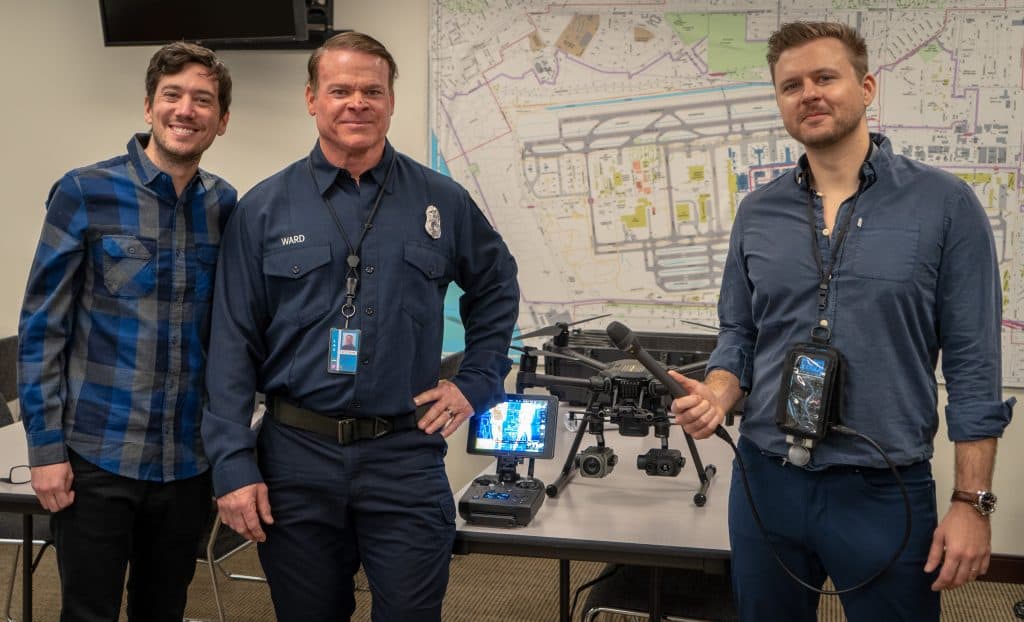 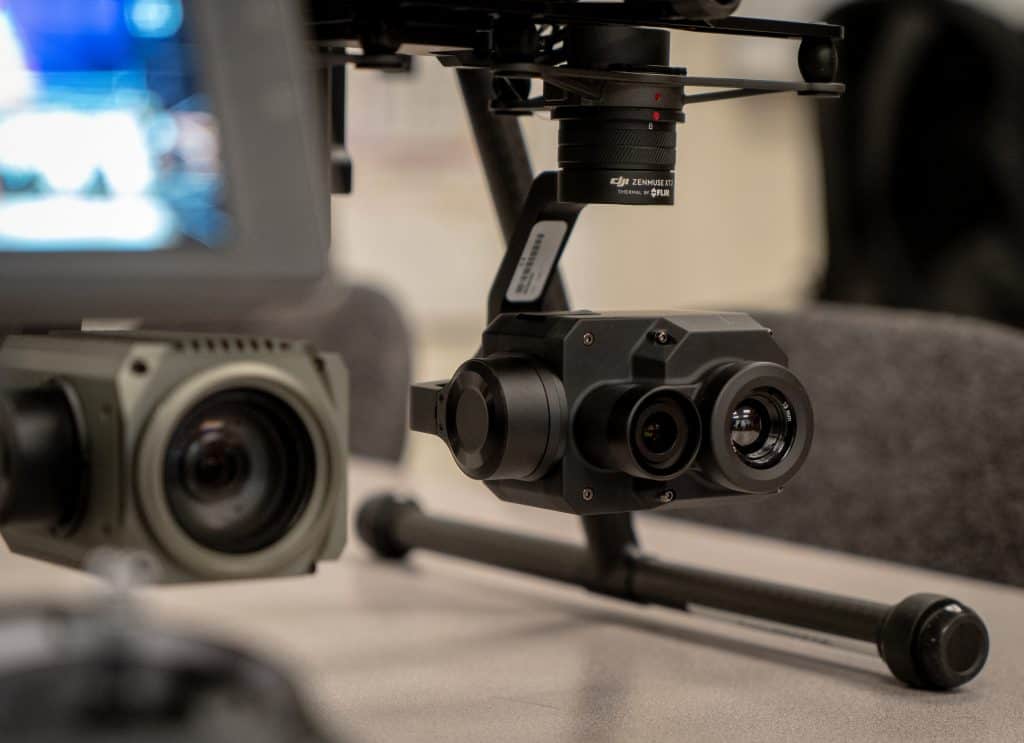 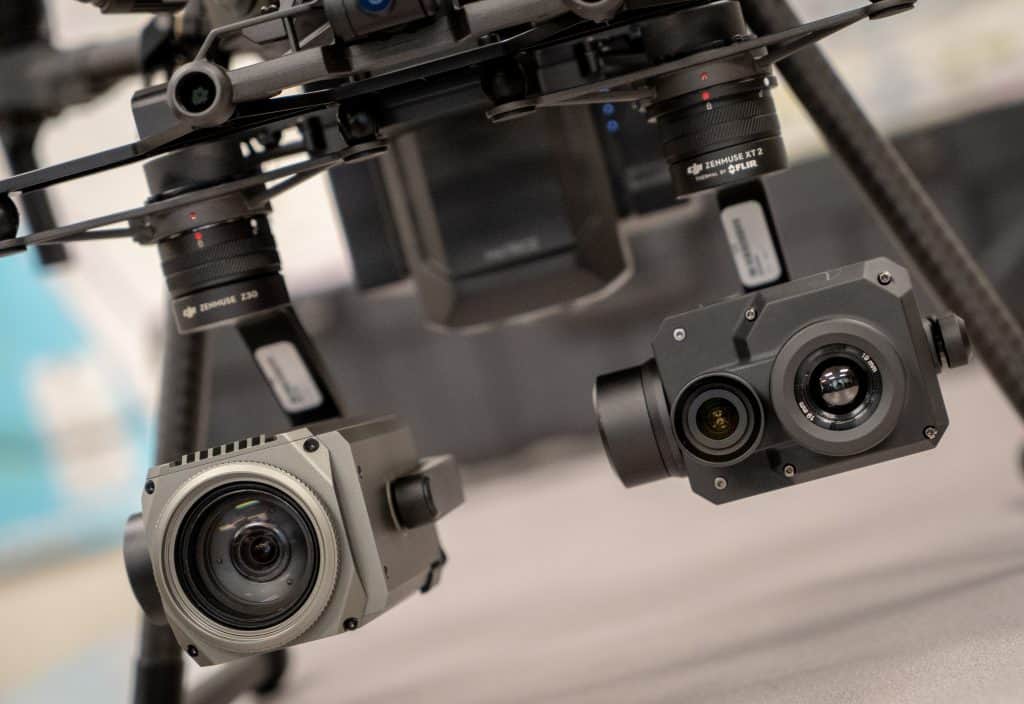 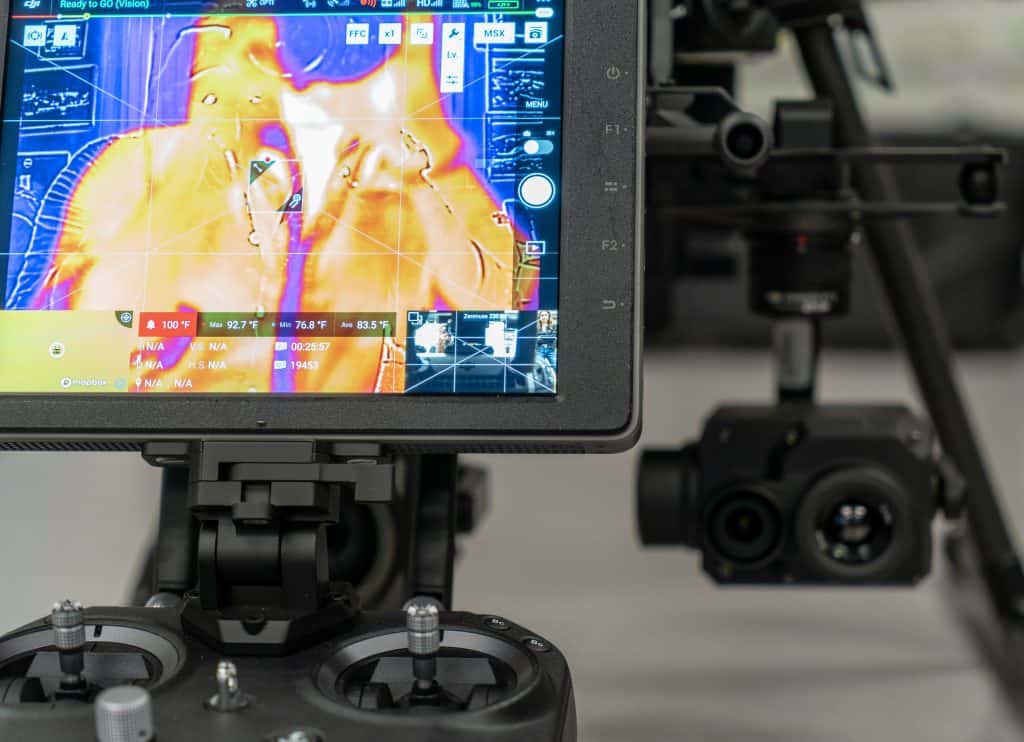 Drones have gotten a bad wrap. It seems like every other week there’s another near-miss with a manned aircraft, intrusion over an airport, or impromptu drug delivery by a drone into a prison. Gatwick. For the most part, the majority of these incidents are overblown by the media. With any advanced piece of new technology, there will always be criminals who seek to exploit it – whether deliberate or accidental. The fact is – drones do a lot of good. For every overblown story out there that highlights a rogue drone doing something it shouldn’t, there exists another that goes unnoticed, where someone with a drone has done something beneficial for society.

Welcome to a special episode of Commercial Drones FM – brought to you by FLIR, the world’s sixth sense.

There is no better, recent example of this than the role drones played in the fire that broke out in Paris, nearly destroying the entire Notre Dame cathedral. Notre Dame. In the Notre Dame Cathedral scenario, drones were used to get an aerial overview of the scene, disseminate the situational information to the firefighting team, and use that to gain a tactical advantage and take action. Drones – and the humans who saw the potential in them – helped save Notre Dame from complete destruction. And it wasn’t just aerial drones that helped, there were robots on the ground that doused the fire as well.

So today I’m at Los Angeles International Airport. But I’m not just passing through the terminal area where most of us have been at one time or another – I’m here at a Fire Station. Specifically, Station 80s, Los Angeles Fire Department’s little-known bastion of defense that protects the millions of travelers who pass through LAX every year. LAFD is a special fire department – they’re one of the largest in the world. The LAFD organization as a whole is made up of several different fire stations. But Station 80s is the only one on LAX.

The gentlemen here are elite professional firefighters. They’re veterans, with nearly all of them having decades of prior experience in fighting many different types of fires. Here at Station 80s on LAX, they specialize in diffusing airport-related fires. It’s safe to say, these guys know a thing or two about safety. And that’s why drones are such a hot topic for them right now.

That’s Derrick Ward, Firefighter and Lead UAS Pilot at LAFD. Derrick invited me here to get an inside look at how he and his team are integrating drones into their firefighting operational workflow. Derrick is leading that charge. Of course, when covering fire and drones, how could we not talk about FLIR? Heat is their middle name. FLIR is a publicly traded company that develops thermal infrared sensor technology. And they are really, really good at miniaturizing their thermal cameras for use on small drones, like the ones that LAFD has. So that’s why I brought along old podcast pal, Randall Warnas, FLIR’s Global sUAS Segment Leader.

But this isn’t completely new, FLIR and LAFD have worked intimately together for many years now to pioneer the latest advancements in thermal technology in fighting fires. Handheld and vehicle-mounted FLIR cameras have been in use for quite some time now. They allow firefighters to locate hot spots that they may otherwise never see. FLIR’s catchphrase, after all, is, “The world’s sixth sense.” Drones, being relatively new to the scene, have amplified the possibilities on how to maintain safety and situational awareness in fire fighting situations. Even DJI, the world’s largest drone manufacturer, recently announced a partnership with LAFD where the two organizations will Collaborate together To Advance Drone Technology For Public Safety Applications. Bringing LAFD’s learnings and experience to the table to then integrate it into the drone technology that they’re now leveraging to help their firefighters keep us safe. So let’s learn more about how today’s firefighters are using cutting edge technology to pioneer firefighting tactics of the future and ultimately use drones for good.

Derrick has over 30 years of experience in firefighting. He’s pretty much done it all. Derrick Ward thinks that if we’re equipped with drones, we can do better at fighting these fires and helping people overall.

He’s experimented with so many drone platforms over the years so I asked him what his ideal firefighting drone would be—and he thinks he already has it. One of the greatest innovations that Derrick—this intimidating hulk of a guy, giddy with excitement—has, is the DJI Zenmuse XT2 camera payload with FLIR thermal technology.

Derrick tells me that it’s completely changing the way he can react to heat information while in the air.

Derrick is the kind of guy that can just rattle off a litany of use cases for drones with thermal cameras in his line of work at LAFD. Being based at Station 80s on LAX, they sometimes have to deal with some very unique scenarios – like a potential passenger airplane coming in hot. To be clear, Derrick and his team at LAFD aren’t flying drones around when an airplane is coming in for an emergency landing at LAX… yet. There are some obvious hurdles to jump through with that before it’s feasible. But there are plenty of other uses for a drone on an airport. Just imagine the amount of jet fuel stored on fuel farms at a place like LAX. If there’s a potential fire there, getting a drone up quickly would be extremely useful.

So there you have it. Even though drones get a bad rap, they’re an absolutely invaluable tool for firefighting and public safety teams. When adding on a thermal camera to the mix? You’re literally on an entire other level in terms of capability, efficiency, and situational awareness. As if it weren’t obvious, I’m an advocate for the proliferation of drone technology – especially in situations where these drones that do good are the difference between life and death.

To check out pictures from this podcast, go to http://commercialdrones.fm – it’s episode 91.

Huge thanks go out first and foremost to Derrick Ward and the entire crew at Station 80s – thank you so much for hosting me at your beautiful home on the airport – I had an unforgettable time. Thank you to Randall Warnas and the rest of the gang at FLIR for arranging this. Stories like these are not only good for the industry but for public safety as a whole.

Credit for the news clips at the beginning of the episode goes to NPR and Droning On – I’ll link them up on the website.

If you’re interested in another one of Randall and I’s past adventures – which is an episode similar to this…. but with WHALES, go listen to Episode #79 of CDFM – Expedition: Too Hot For Snot. It’s the story of taking the world’s first radiometric temperatures of whales’ blowholes… using drones. It’s really cool.

As always, thank you for listening. It’s time to cut off the mic – cheers. 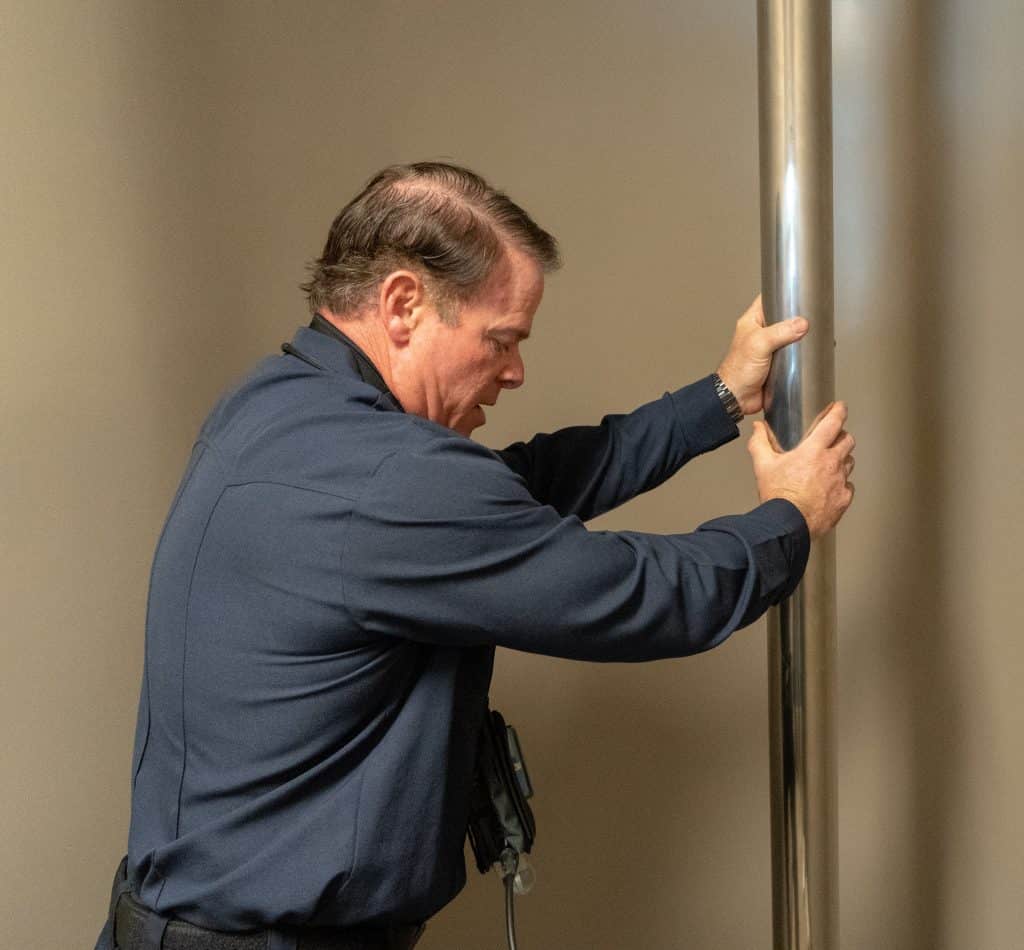 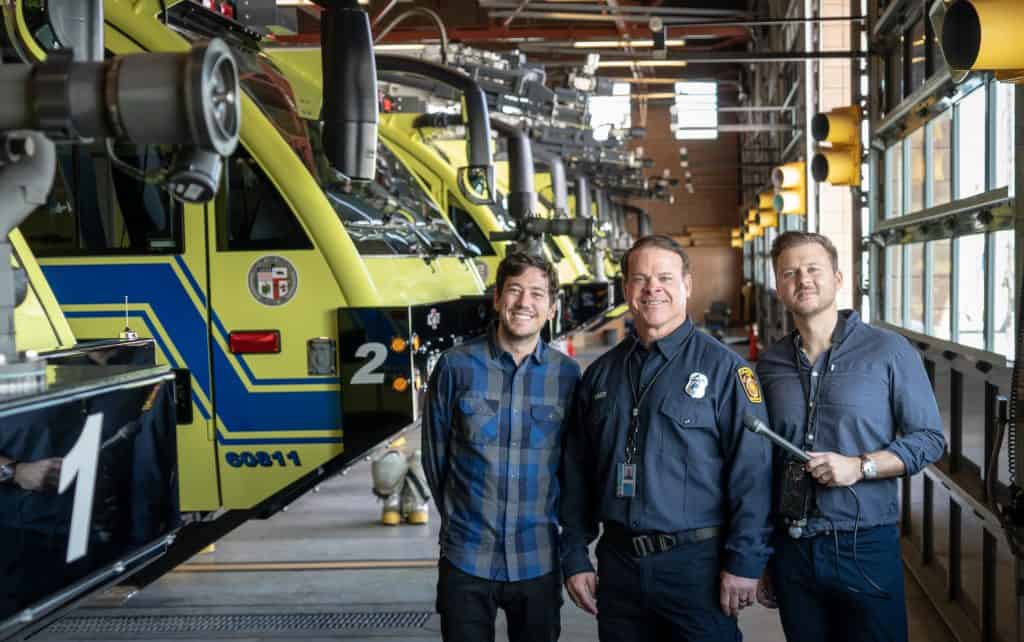 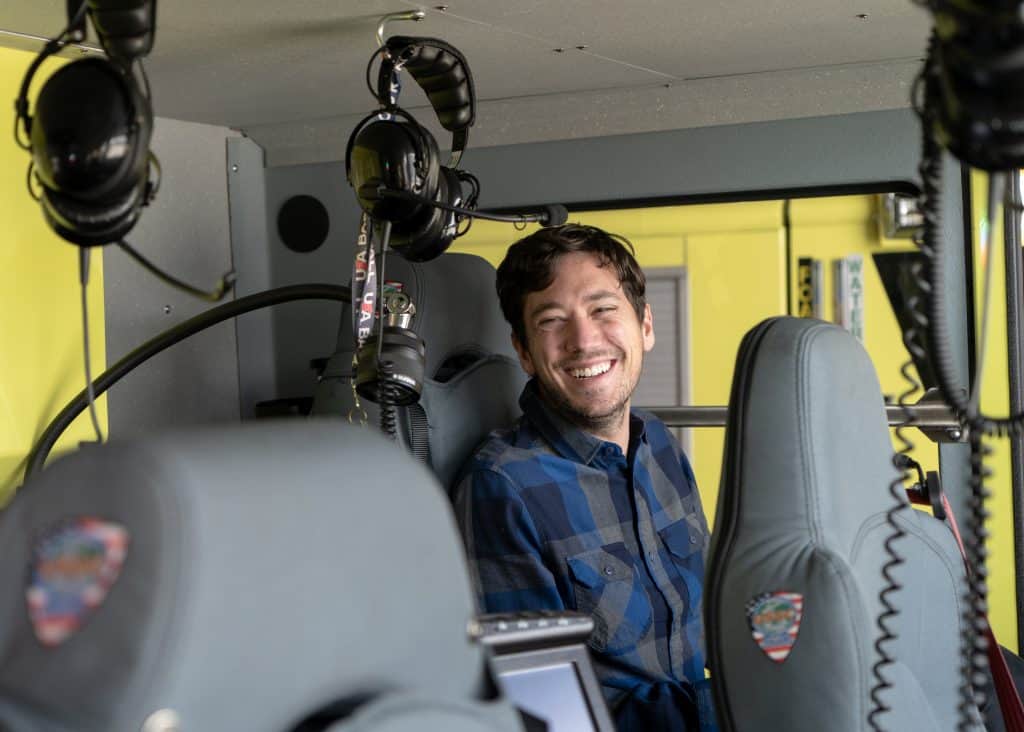 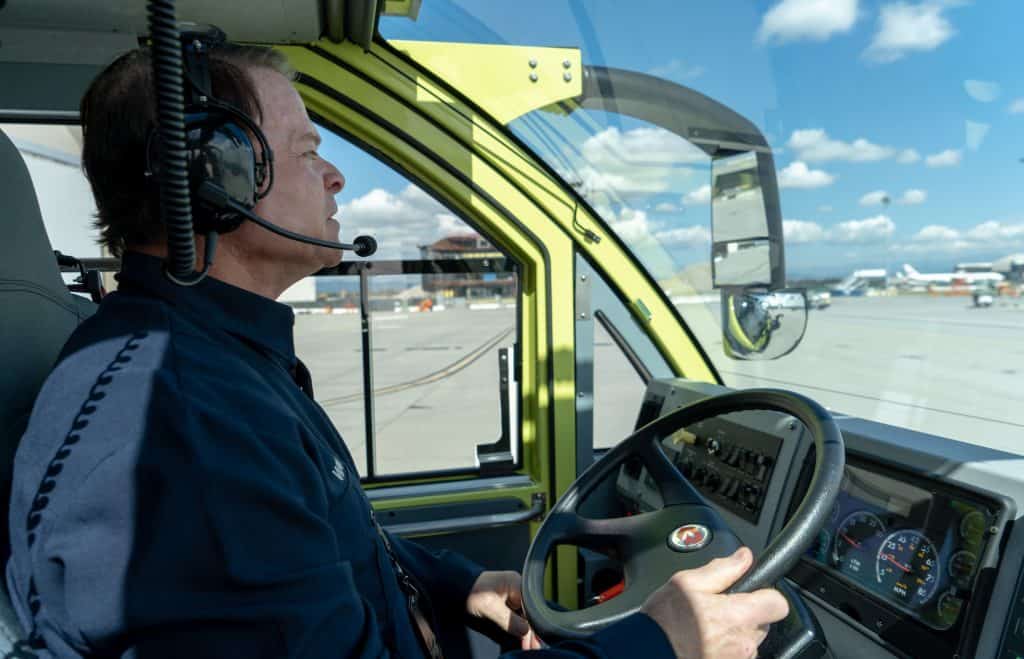 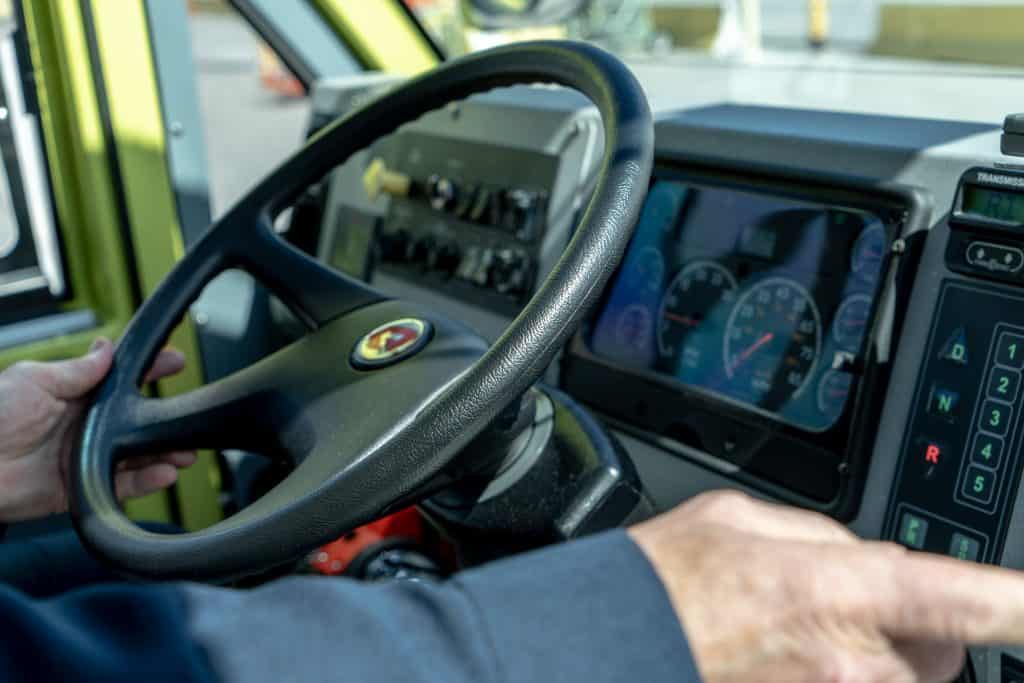 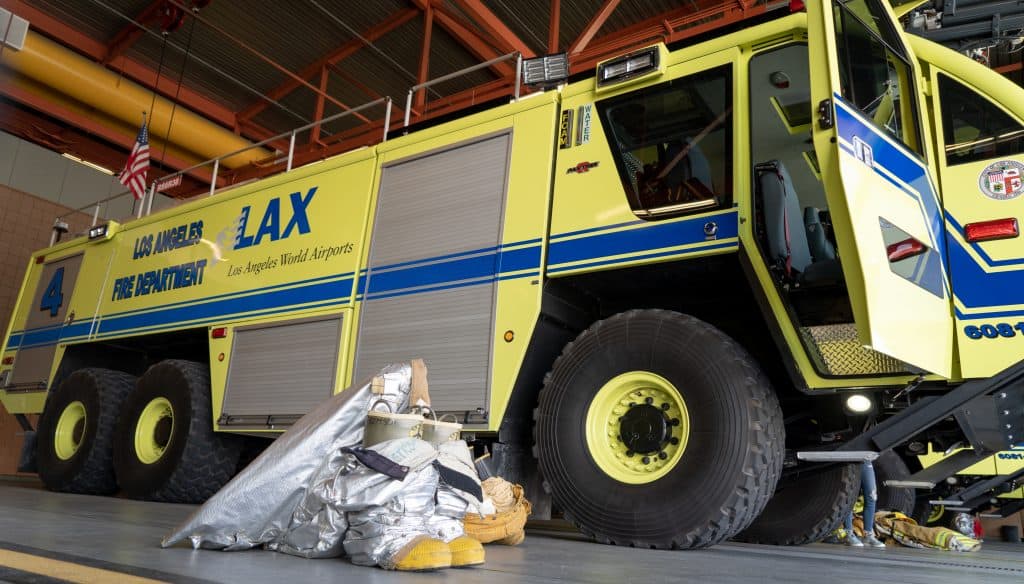 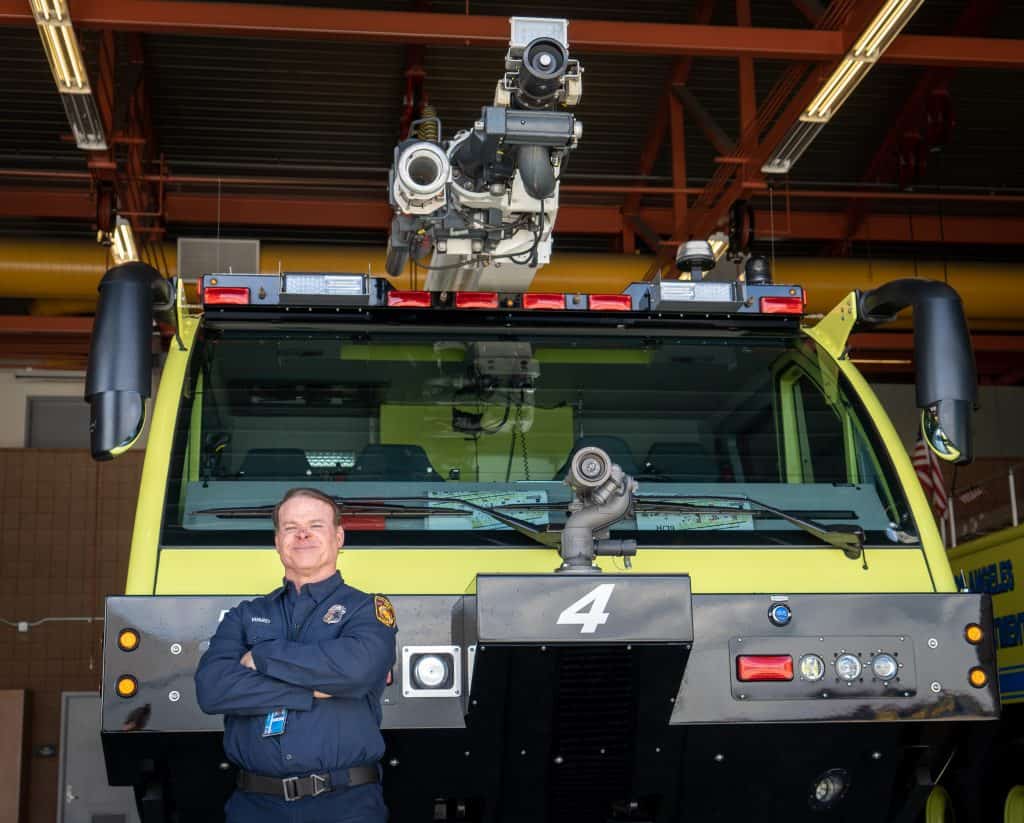 NPR – How To Stop A Drone? There’s No Good Answer